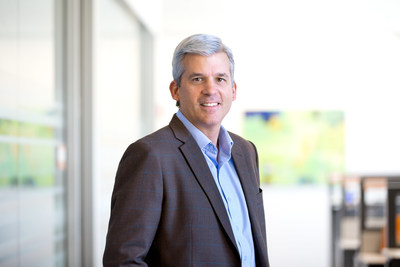 "We are thrilled to promote Lon into the leadership role for our scientific strategy at BioMarin. BioMarin is committed to pioneering breakthrough science that has the potential to make a big impact on rare patient populations. Lon will support our company's growth by identifying the right balance of resources within BioMarin to move the most promising molecules through our pipeline," said Jean-Jacques Bienaimé, Chairman and Chief Executive Officer. "Lon has done an outstanding job of building our research capabilities positioning BioMarin for future success and brings his knowledge in genetics and drug discovery generally, and specifically in BioMarin's scientific expertise to this role."

In this newly created leadership position, Dr. Cardon's responsibilities expand beyond the Research functions at BioMarin and now include oversight of the company's product portfolio. He will lead cross functional activities to build our leadership position in precision medicine in support of patients with rare genetic diseases and drive long-term growth through the oversight of an exceptional pipeline of first- or best-in-class therapies.

"I have worked closely with Lon over the past two years and have the utmost confidence in his abilities to oversee a critical part of our business that drives our future growth," said Hank Fuchs, M.D., President, Worldwide Research and Development. "He is uniquely qualified to champion science at BioMarin that has the potential to change the practice of medicine and to bring together cross functional teams that will deliver potentially life-changing medicine to patients with rare diseases."

Previously, Dr. Cardon was Senior Vice President of Alternative Discovery and Development, and Head of Target Sciences at GlaxoSmithKline plc (GSK). During his nine years at GSK, he led platform groups in genetics, statistics, bioinformatics, epidemiology and clinical pharmacology and created a new division for exploratory therapeutic areas and platforms, including rare diseases, gene therapy, ophthalmology, women's health and others. Dr. Cardon was a longstanding member of GSK's R&D executive team, ultimately chairing their discovery board which governed the scientific direction of all of GSK's preclinical to phase 2 programs.

BioMarin is a global biotechnology company that develops and commercializes innovative therapies for patients with serious and life-threatening rare genetic diseases. The company's portfolio consists of seven commercialized products and multiple clinical and pre-clinical product candidates. For additional information, please visit www.biomarin.com. Information on such website is not incorporated by reference into this press release.

BioMarin® is a registered trademarks of BioMarin Pharmaceutical Inc.

Compliance is our responsibility
Click here to file a report