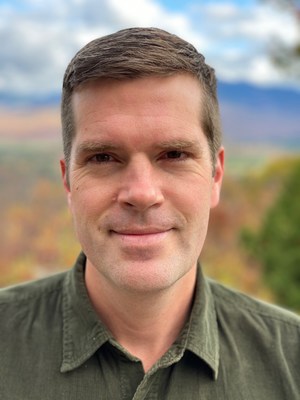 "We are thrilled to welcome Kevin to BioMarin to lead research and early development building upon our decades of research in rare genetic diseases.  Throughout his career, Kevin has demonstrated a consistent track record of groundbreaking scientific research.  His philosophy of 'Dish to Bedside' illustrates how optimizing basic pre-clinical models can enhance therapeutic candidates and selection of trial participants," said Lon Cardon, Ph.D., Chief Scientific Strategy Officer, Senior Vice President at BioMarin.  "Kevin comes to BioMarin at an exciting time as our understanding of genetics and biology serve as the underpinnings of BioMarin's strategic vision to deliver transformational therapies that meaningfully change the course of rare genetic diseases."

Dr. Eggan will be responsible for the execution of BioMarin's discovery research programs and will play a critical role in shaping the vision of the company's future research pipeline.  He will head BioMarin's Research organization and provide scientific leadership throughout the drug discovery process.  Dr. Eggan is charged with further building BioMarin's leadership position in genetic medicines in support of people affected by rare genetic diseases and contributing to the long-term growth of BioMarin through the oversight of an exceptional pipeline of first- or best-in-class therapies.

"I am excited to join BioMarin at this point in the company's trajectory and am looking forward to bringing my experience to a diverse and established research organization well-respected among academics and industry alike.  I was attracted to the Company's pioneering approach to drug discovery and development and its culture of collaboration and caring.  The possibilities for science to change the way we think about disease are plentiful, and BioMarin is an ideal place to translate research into groundbreaking therapies.  The company is big enough to devote resources into scientific discovery and small enough to allow innovation to flourish.  As a researcher in academia, I love the freedom to follow the science.  In industry, I love the focus on establishing a clear path from biological understanding to a practical solution that can address unmet medical needs.  Now I get to do both."

Dr. Eggan, has served as a tenured Professor in the Department of Stem Cell and Regenerative Biology at Harvard University, Director of Stem Cell Biology for the Stanley Center for Psychiatric Research at the Broad Institute, and an Institute Member of the Broad Institute of MIT and Harvard. In addition, Dr. Eggan has published approximately 130 scientific articles and holds 13 patents.  He has served on the Scientific Advisory Boards of Ipierian, Roche, and Angelini Pharma among others.  He has co-founded three biotechs, Q-State Bioscience, Quralis, and Enclear Therapies and has raised more than $85 million of investment.  He has also collaborated with Ipierian on establishing human neuronal models that were later used to discover and characterize an anti-Tau antibody that is currently part of Biogen's portfolio for a potential treatment of Alzheimer's disease.

Eggan received his B.S. in microbiology at the University of Illinois and his Ph.D. in biology from M.I.T. where he focused on cloning, stem cells, and reprogramming after nuclear transfer under the guidance of Rudolph Jaenisch, Ph.D. a scientific pioneer in genetics.  Eggan remained in the lab of Dr. Jaenisch for a one-year post-doctoral position at the Whitehead Institute for Biomedical Research where he conducted a study with Nobel laureate Richard Axel, M.D.  Dr. Eggan has received international recognition for his work including receiving the MacArthur Foundation's "Genius Grant."  He has also been named one of 50 Howard Hughes Medical Institute Early Career Scientists, one of the 50 Most Influential People in Science by Scientific American two years in a row, Innovator of the Year by Technology Review Magazine, a Top Innovator under 35 by Technology Review Magazine, and a "Brilliant 10" by Popular Science Magazine.

BioMarin is a global biotechnology company that develops and commercializes innovative therapies for patients with serious and life-threatening rare genetic diseases.  The company's portfolio consists of six commercialized products and multiple clinical and pre-clinical product candidates.  For additional information, please visit www.biomarin.com.  Information on such website is not incorporated by reference into this press release.

BioMarin® is a registered trademarks of BioMarin Pharmaceutical Inc.